SANTA'S COMING TO TOWN! 15% OFF EVERYTHING! CODE: MERRY15 During André Leon Talley's first magazine job, alongside Andy Warhol at Interview, a fateful meeting with Karl Lagerfeld began a decades-long friendship with the enigmatic, often caustic designer. Propelled into the upper echelons by his knowledge and adoration of fashion, André moved to Paris as bureau chief of John Fairchild's Women's Wear Daily, befriending fashion's most important designers (Halston, Yves Saint Laurent, Oscar de la Renta). But as André made friends, he also made enemies. A racially tinged encounter with a member of the house of Yves Saint Laurent sent him back to New York and into the offices of Vogue under Grace Mirabella.
There, he eventually became creative director, developing an unlikely but intimate friendship with Anna Wintour. As she rose to the top of Vogue's masthead, André also ascended, and soon became the most influential man in fashion.

The Chiffon Trenches offers a candid look at the who's who of the last fifty years of fashion. At once ruthless and empathetic, this engaging memoir tells with raw honesty the story of how André not only survived the brutal style landscape but thrived--despite racism, illicit rumors, and all the other challenges of this notoriously cutthroat industry--to become one of the most renowned voices and faces in fashion.
Woven throughout the book are also André's own personal struggles that have impacted him over the decades, along with intimate stories of those he has turned to for inspiration (Diana Vreeland, Diane von Férstenberg, Lee Radziwill, to name a few), and of course his Southern roots and ongoing faith, which have guided him since childhood.
"In ‘The Chiffon Trenches,’ it is my epistle of love to the important narrative of my life, beginning from my humble upbringing in North Carolina, all the way to 2020. I go through the decades of when I was at the top of my career at Vogue, and sitting in the front row in Paris, experiencing racism, sexism, ageism, all of that. I decided I had to be very, very raw and honest.”
Not many of us are able to stitch a straight line from the dreams of childhood to our accomplishments as adults. But André Leon Talley can. As a boy, the writer of The Chiffon Trenches liked nothing more than to retreat to the library in downtown Durham, North Carolina, where he would then proceed carefully to examine the glossy pages of Vogue, revelling quietly in a world in which “bad things never happened” and Truman Capote seemed always to be throwing a party. Even today, he can remember how he loved to gawp at Gloria Vanderbilt in her little suits by Mainbocher, her Elizabethan-style ruffs by Adolfo, her pleated gowns by Fortuny (the latter she kept in coils, like snakes).
Cut to 2007. Talley, who has been working in magazines ever since he joined Andy Warhol’s Interview as a receptionist in 1974, is now US Vogue’s editor-at-large, in which capacity he is walking the red carpet at the Met gala, an annual ball thrown to raise funds for the Metropolitan Museum of Art’s costume institute, and the gleaming jewel in New York’s social crown. This year, the evening, which has been overseen by his boss and longtime friend, Anna Wintour, the editor of Vogue, is themed around Paul Poiret – and, naturally, Talley is sporting an entirely appropriate salute to the great French couturier. Inspired by a costume worn by Merle Oberon in The Scarlet Pimpernel, and designed by Karl Lagerfeld, this floor-length cape of navy silk faille trails gloriously behind him, giving him the appearance of some crazy latter-day emperor – which, of course, he is, in a way. 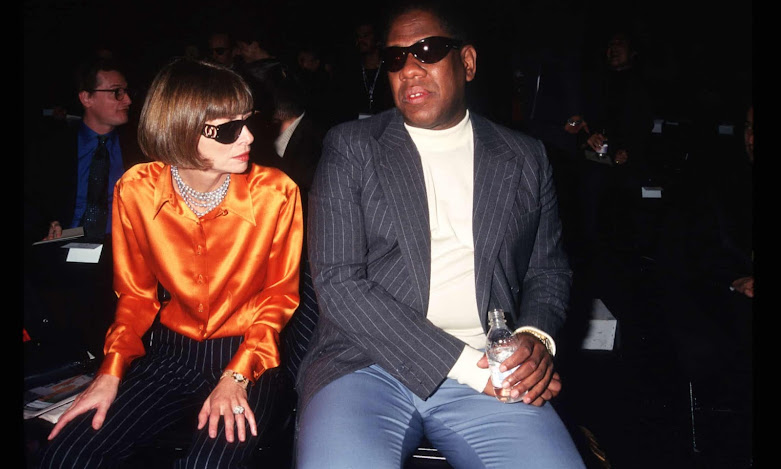 But, oh, how the mighty do fall! Talley would survive only five more years at Vogue. As all the world knows, thanks to the advance publicity for his new book, in the end his loyalty to Wintour, his long service at Vogue, even his extraordinary buckled heels and voluminous kaftans, counted for nothing. Wintour froze him out and this memoir, one gathers, is his trembling revenge for the “huge emotional and psychological scars” she inflicted on him. Rubbing my hands on reading these words, I wondered what form precisely such abuse took. Did she spill nail polish remover on his Louis Vuitton trunk? Was he removed from every designer gift list save for that of Target and J Crew? No. What it comes down to (I think) is the fact that she did not tell him personally that his time at Vogue was up; that he had to hear from others of his exile to the fashion equivalent of Siberia.
Talley, who is now 70, believes that Wintour has “dashed” many people “on a frayed and tattered heap during her powerful rule”. Somehow, though, he never expected to be a victim himself: didn’t he always send flowers on her birthday? What’s strange, of course, is that he could ever have imagined he would be any different. For all his plaintiveness, heseems to have not even the dimmest sense that if you spend your life creeping to those who only respond to toadying – he never makes any secret that this is what he did, writing at one point of how thrilled he was merely to carry Paloma Picasso’s handbag – the people involved are probably not very sincere, and your relationship with them is probably not very real. Wintour, after all, wasn’t the only one to cold-shoulder him; his dear friend Karl Lagerfeld also cast him out in the end.
And it’s not as if his own behaviour is impeccable. Take a look in the mirror, Andre. Sometimes, yes, his infractions are minor. Having missed out, for instance, on a goody bag at Marc Jacobs’s wedding, he rings the designer to ask for not one, but two of the sweatshirts that were in it. But at other times, they read as rather unpleasant. In Lagos, to which he travels at the behest of Naomi Campbell, he practically requires smelling salts to survive what he calls “the seventh circle of hell” – something that seemed a little off to me, given what he has to say on the subject of racism in fashion (one also notes that he’ll tolerate any amount of bad behaviour on Campbell’s part if he can only fly home in her private jet). These days, as he observes, Condé Nast, the owner of Vogue, is no longer in its pomp; budgets must be cut. Even so, he can’t understand why Grace Coddington, US Vogue’s creative director at large, should have to queue at an airport – or why he must pick up his own taxi bills. 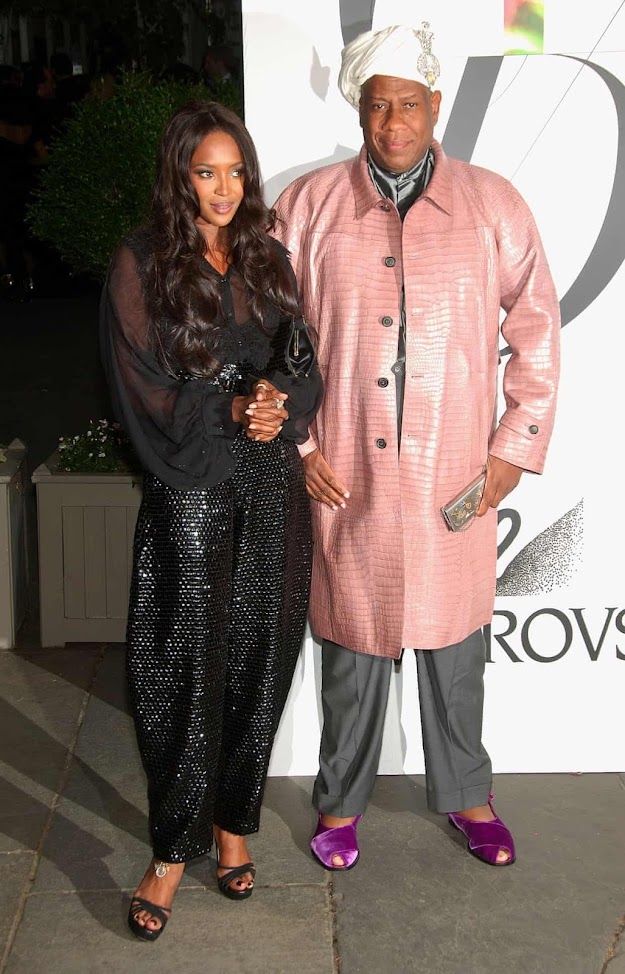 This is not to say that The Chiffon Trenches doesn’t have it moments. Laugh as Talley primly turns down the chance to participate in Warhol’s Oxidation series, AKA his “piss paintings”. Cry as he describes the fearful cold at the Shropshire home of John Galliano’s muse, Amanda Harlech. (Honestly, he would have died had the Ritz not sent his Fendi shearling from London overnight.) Hold your nose at the idea of Anna Piaggi, of Italian Vogue, at a Paris disco with a basket of dead pigeons on her head. Yes, there are poignancies: the abuse Talley suffered as a child; the friends who die from Aids. But because he always rushes straight back to his own wonderfulness – that time Diana Vreeland told him he was a genius! – they do not detain the heart for long. What he gives us, ultimately, is a circus the likes of which, given present circumstances, we may never see again. My advice is to do as I did: apply a good squirt of Fracas to your wrists, and sit back and enjoy the lunatic ride.
Tap the link to purchase "The Chiffon Trenches" or listen on Audible. Tell me your thoughts in the comments below.
Back to ON THE MARC